← more from
Dubmission
Get fresh music recommendations delivered to your inbox every Friday.
We've updated our Terms of Use. You can review the changes here. 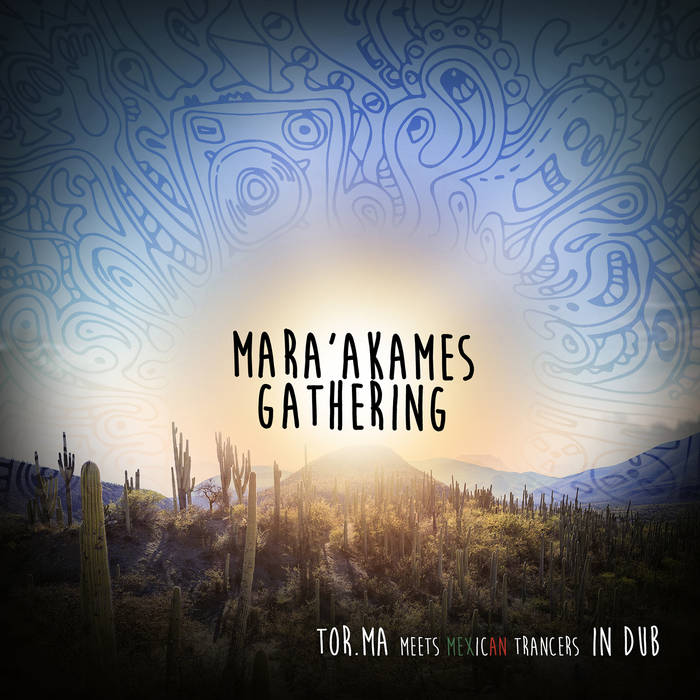 Michel Dudecek Awesomely psychedelic dub remixes by the one and only Tor.Ma in Dub! Two big thumbs up and strongly recommended! Favorite track: Sound Traveller (Tor.Ma in Dub remix).

…And then, the bass and the echoes became my life.

Nine years ago, before I started the Tor.Ma in Dub project, I was more on the Goa and Progressive side of trance, but then I realized that I more enjoyed producing and performing dub music for the audience and myself, even if it’s a small party or a huge festival… I love the feeling and love that flows in the dancefloor.

I had the idea of making a dub tribute to the Mexican psychedelic scene while walking down the street one day, and rushed home to contact everyone. Thankfully the answer from all of them was nothing less than excitement and support, which is what makes this album even more special to me: it’s a compilation of great artists who also happen to be great friends. Thanks and praise are due to Shove, Vimana & Pulsar, Barak, Jossie Telch, Vatos Locos, Odiseo, Lonely Fellow, In Lak Ech, Helber Gun, Ecliptic and Tron for letting me loose on their creations.

My goal was first to be in love on each remix, while also thinking on the taste of the original artist. I tried to take the essence of their style and as much as possible maintain the time and soul that the original tracks have and in this way make an unique and personalized dub remix.

For me, the sound and the vibe on this is the right one to have a great time, dancing and tripping: the twisted sounds, groove and basslines are a combination to make you move your booty, shake your mind and put a smile on your face. I hope that dubheads around the world feel the energy and vibe so every one of us can dance our butts off to some sweet dub music!!

The hypnotic rhythms of dub collide with surreal and twisted atmospheres. Tor.Ma in Dub emerged from the dancefloors of the psytrance movement, but in 2006 he re-turned his sonic style into a kaleidoscopic montage of dub filtered through the psychedelic realms, creating a new,
dark & trippy bass-driven interpretation of 21st-century steppers dub. ... more

Bandcamp Daily  your guide to the world of Bandcamp